It’s been a long while since I last posted a blog on the site – my profuse apologies! I can only say that I’ve been incredibly busy completing the first run-through of my book on the history of Greater London, something you’ll have noticed I’m working on by my frequent tweets on the subject. This was finally delivered on 23 May, and the next stage – which is keeping me and the team occupied – is the revision and editing process. There will be a trade launch on 25 June at Foyle’s bookshop, where I will say a few words about the concept, and copies will hit the shops on 1 November in time for Christmas. To say that it’s a mighty relief to have completed the bulk of the writing is a massive understatement; it’s only now that I realise just how much of my time and attention was devoted to the work. It is an incredibly difficult story to tell, because there are some many conflicting social themes to cover, let alone geographical differences and a huge sweep of time from the Romans to the present day. 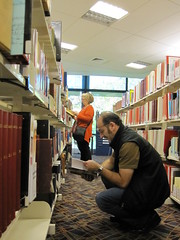 Another reason I’ve been operating under a ‘cone of silence’ is because I took a short trip to New Zealand to speak at the New Zealand Society of Genealogists conference, held at the Wairakei Resort, Taupo. I’d never been to New Zealand before – I’ve travelled to Australia several times for conferences, work and filming – so I wasn’t quite sure what to expect. After a very long flight, I finally landed in Auckland on the north island and then transferred to a 20 seat plane, flying to Rotorua where I was met by Diana and Peter Humm, who kindly drove me to Wairakei. The scenery was stunning – lakes, mountains, forest, steaming geothermal sites, with Lake Taupo in the background framed by active volcanoes. I should confess that I managed to fit in quite a lot of sightseeing in the four days I was there, including white water rafting, visits to Maori terraces and culture centre, geothermal sites at Orakei Korako and craters of the moon, and trips around the lake; thanks to Tania, Eric, Murray and Lauren for these memorable trips. The conference itself was great fun; I spoke on several occasions on a range of topics, including education, ancestral tourism and the future of family history. Rosemary and Eric Kopittke were visiting from Australia, and talked about German ancestry as well as changes to Find My Past; and Seonaid Lewis, a long-time twitter correspondent from the Auckland Research Centre, also gave a presentation on how own research trials and tribulations. Outgoing President of the Society, Fiona Brooker, shared her thoughts on the future direction of New Zealand genealogy – a theme picked up by her successor, Michelle Patient.

Altogether, it was a fantastic experience, and very interesting to hear about some of the challenges facing researches on the other side of the planet who share our ancestors in the UK. The need for accurate online resources was clearly apparent, but there was a concern about cost and the accessibility of onsite records in New Zealand as well. However, what struck me was the way many of the research services on the ground joined together and worked with the Society, possibly because it was the main body representing genealogy in New Zealand. Perhaps that singularity of vision, and ability to advocate more powerfully as a result, is something we need to look at once more in the UK.

Finally, thanks to all of you who submitted areas that you’d like to blog about on this site. I’m looking at a number of ways we can increase content, including monthly articles, regional sections and more use of photographs – but most important of all, please encourage your friends, fellow society members and research associates to look at and use the site.