Are you preparing to embark on a journey to unearth your family history? Genealogy is the study of family lines and heritage using historical documents and sometimes even DNA. Tracing one’s family tree is not a new practice, though in the early centuries it was mainly a tool to prove a claim to wealth or power, particularly royal ancestry. If you are new to the process, here are a few tips to get you started on your journey. 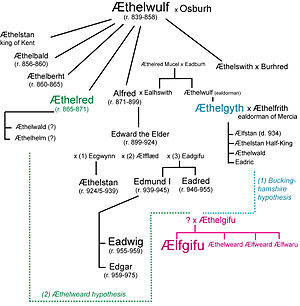 These will give you your starting point from which you will migrate to other public records.

Census data can be very useful in researching family history. Data collection began in 1801 but detailed data would not be recorded until 1841 and every 10 years thereafter with the exception of 1941 (wartime). These records can tell you where a family member lived during specific time periods, which can lead you to birth certificates, marriage licenses and more. Locations:

Military records as a genealogical research tool may seem obvious; generally, everyone knows that great-grandpa served his country. However, the potential for information can go well beyond the person who actually served. For instance, pension records can help locate collateral family members when the trail has gone cold. Children, siblings and even cousins may be located this way.
Emigration Records Ship’s Passenger Lists

At some point in your genealogy you are bound to come to emigrant ancestors, (this may not be true in all cases, but as a rule). This is where emigration records and ships passenger lists may be important in your research. Between 1890 and 1920, a large number of European emigrants boarded ships in Britain bound for North America. Many of these records are now open to the public, however since captains often required a person to be a British resident for six weeks people would often change their name.
Land Records

Last, but certainly not least are the land records. These are deeds and documents proving ownership, sales and inheritance of property. These records can be a very powerful tool in genealogy, particularly if you have hit a brick wall. Land record transfers were often witnessed by family members, which can help you, pick up the trail of your long lost great grandfather!

UK land tax redemption information can tell you who the owners and occupiers of a property in a given year. These records do not generally give a lot of information about the property itself, beyond the redemption value, but act as mini-census. If your ancestor owned or rented property there is a good chance, you can find reference to them in these records.

Filed under: Starting Your Family History